After the prayers, Lord Sheikh and Ikhlaq Hussain met Colonel Mohammad Ghani, a true veteran who is aged 102. Despite his age, he is very fit, physically and mentally. It was a fruitful and pleasant meeting, and we are grateful to Colonel Ghani for sharing his story with us.

Colonel Mohammad Ghani joined the British Indian Army in 1940. He was in a Punjab Regiment and after finishing his training he was posted to Singapore, a port of vital military importance. When the Japanese overran Singapore on 15 February 1942, Colonel Ghani was captured by the Japanese Army alongside 80,000 other servicemen. They were held in various prisoner of war camps, where they were badly treated and humiliated.

Colonel Ghani said that the Japanese were very cruel to prisoners of war: “They gave us little food, often contaminated with calcium hydroxide which caused dysentery. As a result, thousands of prisoners died. They made us clear up dead bodies and made us work in factories with very little food and no breaks.” He was a prisoner for 3½ years, only being freed with other POWs when the Japanese Army formally surrendered on 15 September 1945.

Colonel Ghani was then sent back to his headquarters in Jalandhar (India) and was later deployed in Mandalay (Burma). After the partition of the subcontinent in 1947 Colonel Ghani served in the Pakistan Army until he retired in 1976. He moved to the UK in 1995, and lives with his children and grandchildren in Ilford.

Colonel Ghani was very appreciative of the initiative NMWMT is taking to build a memorial for Muslim soldiers. He said, “It will be great to see the vision coming to fruition and finally getting the recognition for Muslim soldiers who fought for the liberty of this country and for humanity. It is important for a memorial to be erected, and also for educational work to be undertaken on a continuing basis.”

“It will be great to see the vision coming to fruition and finally getting the recognition for Muslim soldiers who fought for the liberty of this country and for humanity. It is important for a memorial to be erected, and also for educational work to be undertaken on a continuing basis.” 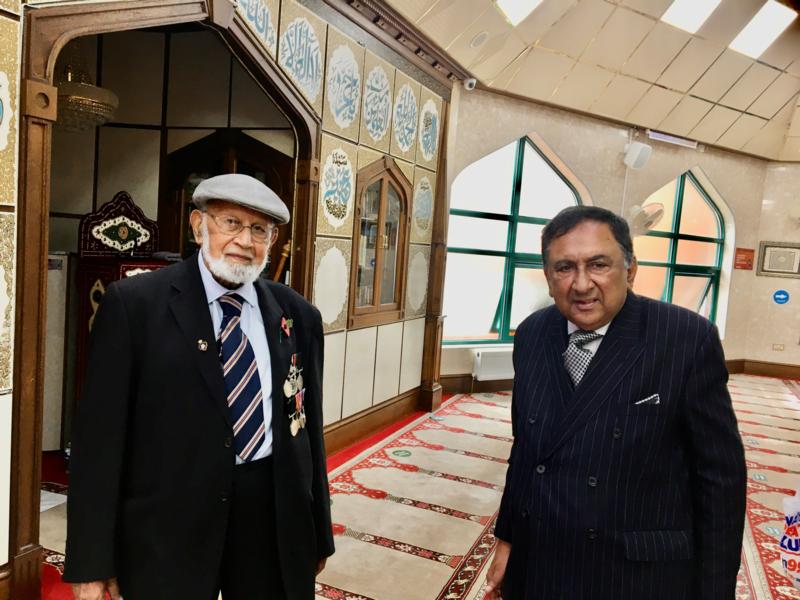