Khudadad Khan VC was awarded the Victoria Cross in 1914 and was the first non-white person to receive it.

Born in 1888 in Chakwal in present-day Pakistan,  Khudadad Khan was a Sepoy in the 129th Duke of Connaught’s Own Baluchis, British Indian Army. The battalion formed part of the Indian Corps, which was sent to France in 1914, to shore up the British forces fighting on the Western Front during WW1.

On 31 October, two companies of the Baluchis, who were outnumbered 5-to-1 by German forces, bore the brunt of the main German attack in terrible conditions. Despite heavy causalities, Sepoy Khudadad Khan’s machine-gun team kept their guns in action throughout the day, preventing the Germans from making the final breakthrough.
Khudadad Khan’s crew, along with one other, carried on fighting until they were overrun by Germans and everyone was bayoneted or shot. Khan was the only survivor. He pretended to be dead and then managed to crawl back to his regiment under the cover of darkness. Thanks to his bravery, and that of his fellow Baluchis, the Germans were held up just long enough for Indian and British reinforcements to arrive. They strengthened the line and prevented the German Army from reaching the vital ports.
He was treated for his wounds at a hospital in Brighton and was later decorated with the Victoria Cross by King George V at Buckingham Palace. Khudadad Khan continued to serve in the Indian Army, and he died in Pakistan in 1971. 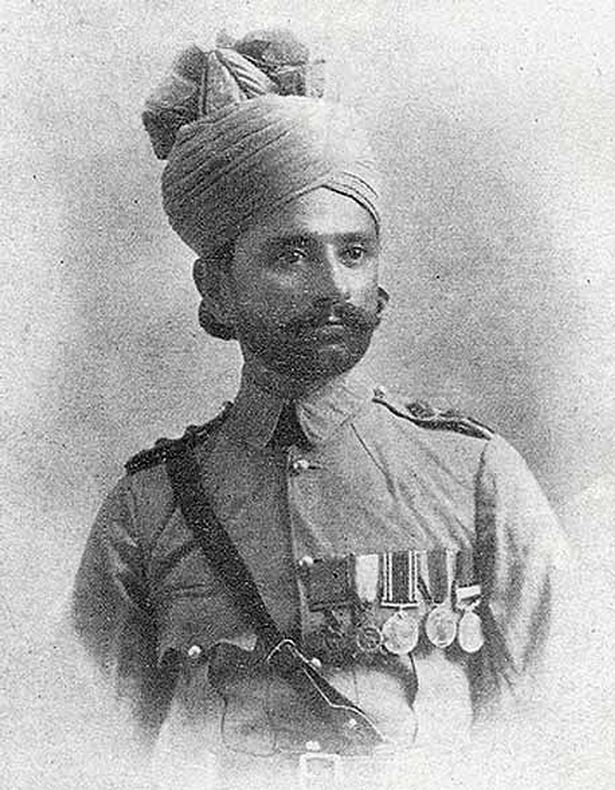