In World War Two, Noor Inayat Khan GC was the first female wireless operator sent by Britain into occupied France in1943. She served in the Special Operations Executive (SEO) under the codename Madeleine and supported the French resistance in WW2.

Noor Inayat Khan was born on New Year’s Day 1914 in Moscow to an Indian father and an American mother. She was a direct descendant of Tipu Sultan, the 18th-century Muslim ruler of Mysore. Khan’s father was a musician and a Sufi teacher.

In 1940, Noor joined the Women’s Auxilliary Air force as an Aircraftwoman 2nd class and was trained as a wireless operator. Later she was recruited to the SEO as a radio operator and sent for special training to serve as a wireless operator in occupied territory. She would be the first woman to be sent over in that capacity; all the women agents before her having been sent as couriers. Having had previous wireless telegraphy training, Noor had an edge on those who were just beginning their radio training and was both fast and accurate.

Whilst in occupied France, Noor became the radio operator for the ‘Prosper’ resistance network in Paris. In June 1943, members of the network were arrested, but she chose to remain in France and spent the summer in hiding, moving from place to place Eventually, London contacted her and asked her to return as it was too dangerous to stay on, but Noor refused, realising that she was the last radio link left between London and Paris. By mid-August, she was the only British agent in Paris. Single-handedly she now started doing the work of six radio operators.

In October, Noor was betrayed by a Frenchwoman and arrested by the Gestapo. In November 1943, she was sent to Pforzheim prison in Germany where she was kept in chains and in solitary confinement. Despite repeated torture by the Germans, she never gave up any secret information.

She was executed at the Dachau concentration camp in 1944. She was awarded the George Cross in 1949 and the French Croix de Guerre. 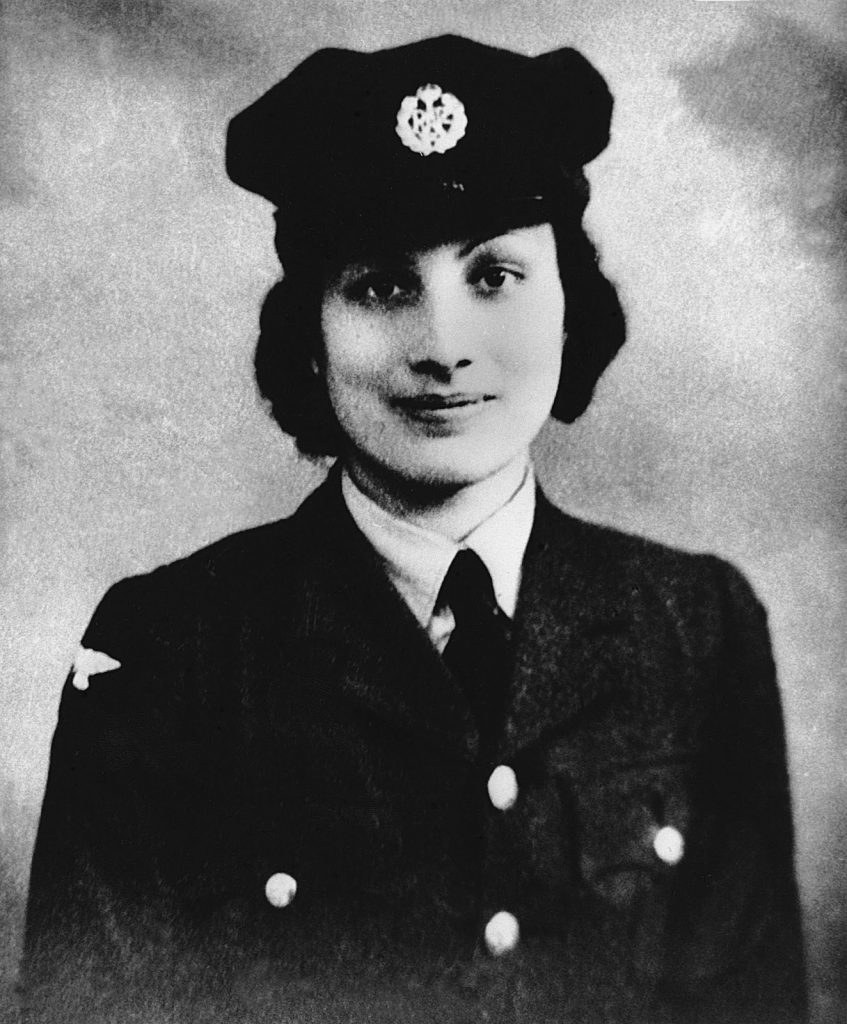