As an adventurous 16-year-old eager to follow in the military footsteps of his elder brother (Corporal Fazal Hussain) who had been a Japanese prisoner of war at the start of World War II Mohammad Hussain defied the wishes of his parents and ran away from home to join the volunteer British Indian Army in 1941.

Almost two years of intense training followed in Lucknow and Ferozpur, where he specialised as a gunner and wireless communications officer. Prior to the end of his training, Mohammad Hussain had been promoted to a Training Instructor at which point he was called to join the European fight against the Axis Powers and was enlisted in the 6th Duke of Connaught’s Own (DCO) Lancers, Reconnaissance Regiment, in the 8th British Indian Army. At some point in his military career, he was promoted to Sergeant.

In September 1943, Sgt Hussain landed in Taranto to begin the Italian Campaign (September 1943 – May 1945) where engagements included multiple confrontations along the Gustav Line including the battles at Sangro River and Monte Cassino, followed by conflicts along the Gothic Line in Northern Italy.

“The Day of Days”

As WWII approached its climactic end, Sgt Hussain distinguished himself on a day like no other. He recounts with vivid clarity as “the most memorable day of my life” when advancing a few short miles of Florence, Sgt Hussain pursued German forces culminating in their arrest and capture.

This iconic moment has fortuitously been captured in the military narrative “The Tiger Triumphs” which catalogues the heroic exploits of Forth, Eighth and Tenth Indian Divisions in the Italian Campaign.

A few short hours later, Sgt Hussain’s quick thinking was instrumental in saving a wooden bridge that had been set on fire by fleeing German soldiers aiming to prevent the advancement of British forces. Sgt Hussain leapt into action discharging decisive rounds of high explosive shells into the river below creating a sudden burst of soaring water that extinguished the blaze, potentially saving lives and ensuring the relentless pursuit of German positions could continue.

The end of WWII saw the Partition of India where Sgt Hussain transitioned to the Pakistan Military.

Move to the United Kingdom

Following a horrific army accident that saw Sgt Hussain break his neck in 1958, he was honourably discharged from the Military and moved to the United Kingdom in 1960.

From arrival in the UK, Sgt Hussain immersed himself in serving the community undertaking voluntary social work assisting countless new arrivals to secure their national insurance cards and find suitable employment so they “could begin making a contribution to rebuilding the country”.

Simultaneously, Sgt Hussain never forgot his fallen colleagues whose widows and families were left behind with no means of supporting themselves. He continued to support hundreds of windows over decades to secure pensions and other assistance.

As a staunch advocate of military remembrance, 2021 marks the sixtieth anniversary of Sgt Hussain’s involvement in attending and promoting Remembrance events around the country including visiting schools, places of worship, whilst promoting recruitment in the armed services to the next generation.

Remembrance remains ever present for Sgt Hussain given that twenty-four members of his family and neighbours participated in the Burma Campaign alone during WWII, some of whom did not return home. The death of Sgt Hussain’s elder brother, Corporal Fazal Hussain following prolonged torture in Japan emphasises for Sgt Hussain, the urgent need to pass the torch of past sacrifices to future generations.

Today, despite declining health, Sgt Mohammad Hussain remains committed to promoting interfaith relations through community initiatives and various media channels, with a particular focus on engaging children from ethnic communities to inspire inclusion and patriotic fervour in serving our country. He remains a unifying force amongst communities and serves as the Chairman of Ex-Indian Army Serviceman’s Association. 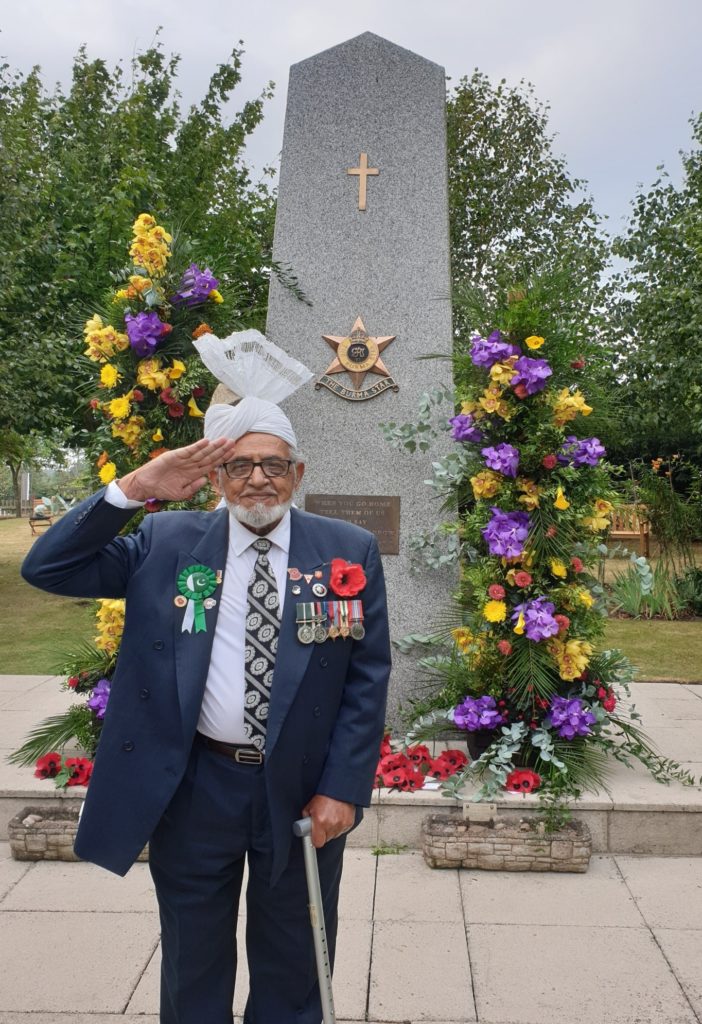