The Burial Ground was established in 1917, to hold the bodies of 19 Muslim servicemen who had died during World War 1. Another 8 were buried during World War 2. Sadly due to vandalism, as the BBC News website reports,  their bodies were moved to Brookwood Military Cemetery in 1968.

In 2015 it was opened by the Earl of Wessex as a Peace Garden.

Woking Borough Council has a page about the Peace Garden and you can take a 360o Virtual Google Tour.

Below is a 6-minute video of the visit with the tributes that the following speakers paid to the fallen:

The photograph below shows Lord Sheikh and Hashim Bhatti on either side of the monument which names the 27 soldiers who were previously buried here and the wreaths that were laid.

Below is a group photograph of the delegation. 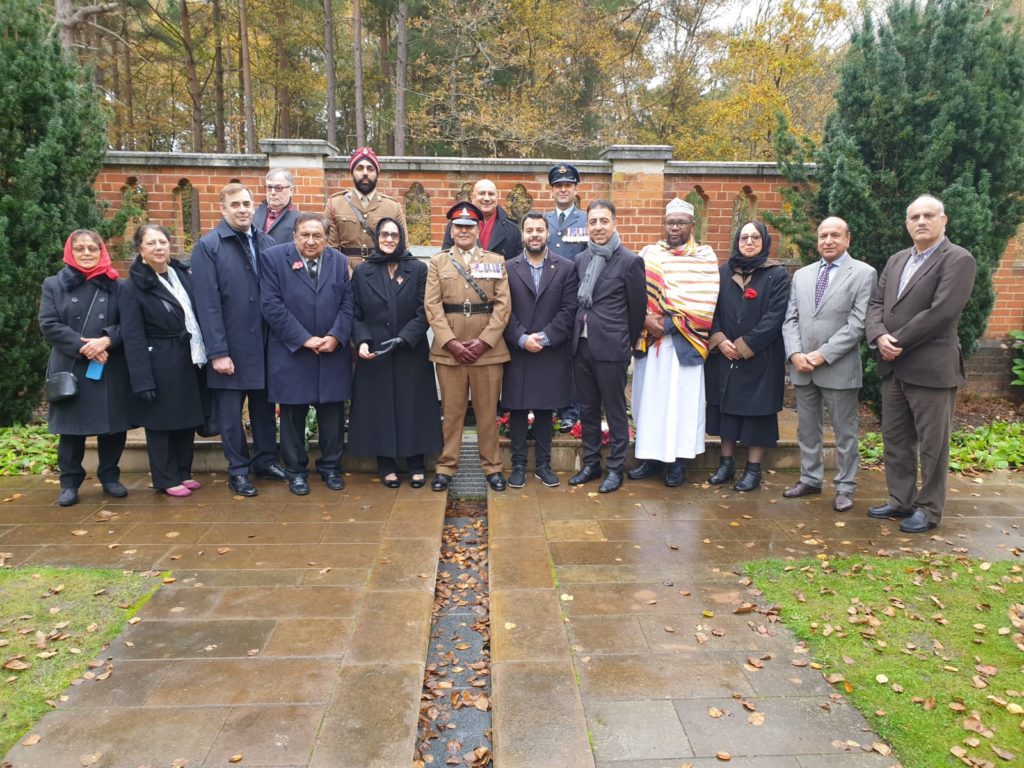